Schizophrenia diagnosis depends on the presence of a pattern of symptoms, both positive and negative.

Diagnosis of schizophrenia requires at least six months of continuous signs of the disturbance with at least one-month duration of two or more characteristic symptoms. At least one of these symptoms should include delusions, hallucinations or disorganized speech (1).

These symptoms should not be caused by substance use (e.g., drug of abuse, medication) or another medical condition. In addition to the above, DSM-V diagnosis of schizophrenia requires presence of impaired social and/or occupational functioning.

Schizophrenia and other psychological psychiatric disorders 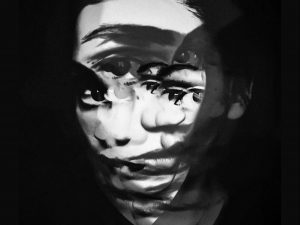 Schizophrenia can often present itself along with other mental disorders such as:

Bleuler considered the term dementia praecox as inappropriate as he believed that the disorder did not have an inevitable progression toward dementia, and in 1908 suggested a new term, schizophrenia, to emphasize what he considered the main feature of the disorder – the splitting of psychic functioning (5).

More than a century has passed since then and the understanding of the symptomatology, as well as definitions and prognosis of schizophrenia, have changed significantly over this period while its aetiology and pathophysiology remain vague.

Scientific society is split in terms of aetiology of schizophrenia, some experts talk about schizophrenia as of distinct biological disease (brain abnormality, neurotransmitter disturbances, genetic predisposition) while others see it as an impaired theory of mind, and then there is a third group that honestly admits that we don’t know enough about schizophrenia (6).

While it is believed that genetic factors can predispose someone to development of schizophrenia, while at the same time most schizophrenia patients have no family history of psychosis (12). Genetic research has failed to detect specifically associated with schizophrenia gene variance (7), while a recent a genome-wide analysis showed that similar molecular genetic risk factors are shared between schizophrenia and four other distinct psychiatric disorders:  autism, attention deficit hyperactivity disorder (ADHD), bipolar disorder, and major depression (8).

Zipursky, Reilly, & Murray (11) discredited the myth that schizophrenia is a deteriorating brain disease. They explain that progressive decreases in brain tissue volumes revealed by MRI findings of the patients with schizophrenia can be explained by the effects of antipsychotic medication, substance abuse, and other secondary factors. For example, according to studies, alcohol, cannabis and cigarette smoking are linked to MRI findings of reduced brain tissue volumes in both psychotic and nonpsychotic populations (11). Since proportions of alcohol, cannabis use and smoking are high in people with schizophrenia, this could be a contributing factor to brain tissue loss over time.

There is a high degree of variability in the combination and the severity of the symptoms between persons diagnosed with the disease (12). Practically no two patients display the same constellation of symptoms (3). The course and outcome of the condition vary greatly (7) and it is not possible to predict the prognosis reliably (12).

Different schizophrenia patients are helped by different medications, such as neuroleptics, lithium and benzodiazepines, some of the individuals do not respond to any of these medications (6).

About 30% to 50% of people with schizophrenia lack awareness of their condition and symptoms (i.e., anosognosia) (13), while others may have an insight of their disorder and with the help of Cognitive Behavioral Therapy (CBT) can learn to recognize when they are having disruptive thoughts and learn techniques for managing them. A two-arm, assessor-blinded, randomised controlled trial conducted by Freeman et al. (14) showed that CBT reduced both worry and persecutory delusions in patients with schizophrenia.

Psychodynamic and Integrative approaches are also used in individual treatment of schizophrenia. They are aimed at fundamental personality change and are long-term in nature (15, 16).

Book an appointment with a licensed clinical psychologist in Cyprus for schizophrenia diagnosis and treatment.

About the Author: Lolita Papacosta

I am a licensed clinical psychologist in Cyprus. I provide therapy and assessment services for adults, children, adolescents, and their parents for a broad range of concerns and mental health issues. I speak Russian, English, and Greek fluently. I see clients in the office and offer online consultations through Skype. I offer a safe, nonjudgmental, and collaborative environment that fosters change and growth. I specialize in the assessment and treatment of a variety of issues including anxiety, depression, bipolar disorder, personality disorders, relationship difficulties, psychotic disorders, addiction, low self-esteem, panic attacks, challenging behavior, school and workplace difficulties, and trauma. I also help chronic disease patients to achieve better adaptation, learn how to manage and possibly reduce the frequency of exacerbations, and improve their overall well-being. It is an amazing feeling to see my clients grow and develop for the better.
Go to Top